The New Zealand director discusses how his idiosyncrasies have helped propel his career, and why challenging expectations is key.

For nearly 20 years Hamish Rothwell has been making some of the funniest ads in the business, and he remembers that it was his very first success that taught him an important lesson, that “the more idiosyncratic you are, the better off you are being able to keep doing it”.

The New Zealander soon learned that being idiosyncratic also meant something else. “You have to be breaking boundaries all the time – or at least breaking expectations. The reality is, if you tell a joke 10 times it's just not funny anymore, unless you change it.”

You have to be breaking boundaries all the time – or at least breaking expectations. The reality is, if you tell a joke 10 times it's just not funny anymore, unless you change it.

Rothwell’s skill is to abide by these rules not on the leftfield fringes of comedy, but slap bang within the mainstream. In fact, he is among a select group of directors on the planet who directs car commercials that makes you like the brand by making you laugh.

Take his ad for Holden Colorado, Not To Be Outdone [below]. It is all about a battle of wills between an intrepid Colorado driver, and a goat. Who can go higher into the mountains? It’s silly, and it’s hilarious, and it shows you that the Colorado is a really fine off-road vehicle – and the goat eventually has to concede defeat, hitching a lift in the back.

Holden – Not To Be Outdone 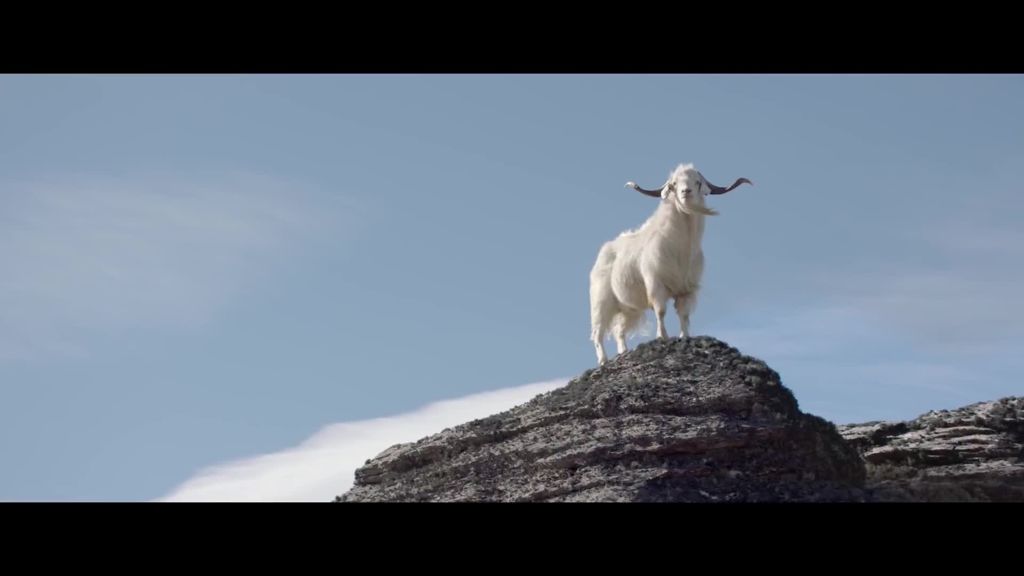 In Flyboy [below], a young man born with wings has the world at his feet – and would rather get rid of them in order to enjoy a drive the VW Jetta. And his first dip into car ad comedy came with 9 Lives, a New Zealand campaign for Toyota Corolla. It’s all about a cat who deliberately puts himself in harms way and uses up those aforementioned lives just to be taken to the vet in the Corolla he loves.

Even if it is making fun of something that's normally treated quite seriously, you can find a way for it not to be mean-spirited.

Rothwell’s humour can be subtle, or as with 9 Lives and his celebrated Captain Risky ad for Budget Direct – which is all about a daredevil stunt driver more accident-prone than Wile E. Coyote – delightfully cartoonish. But usually his method is to develop humour out of narrative and character (even if that character is sometimes an animal), and his comedy has the delicious power to disarm the viewer, leaving them smiling broadly and with a warm fuzzy feeling.

“I've always really loved the innocence of humour, even at its most bent,” says Rothwell, on the phone from his home in Sydney. “Even if it is making fun of something that's normally treated quite seriously, you can find a way for it not to be mean-spirited, if you can find a right angle on it. It does something that just lets everyone off the hook a bit.” 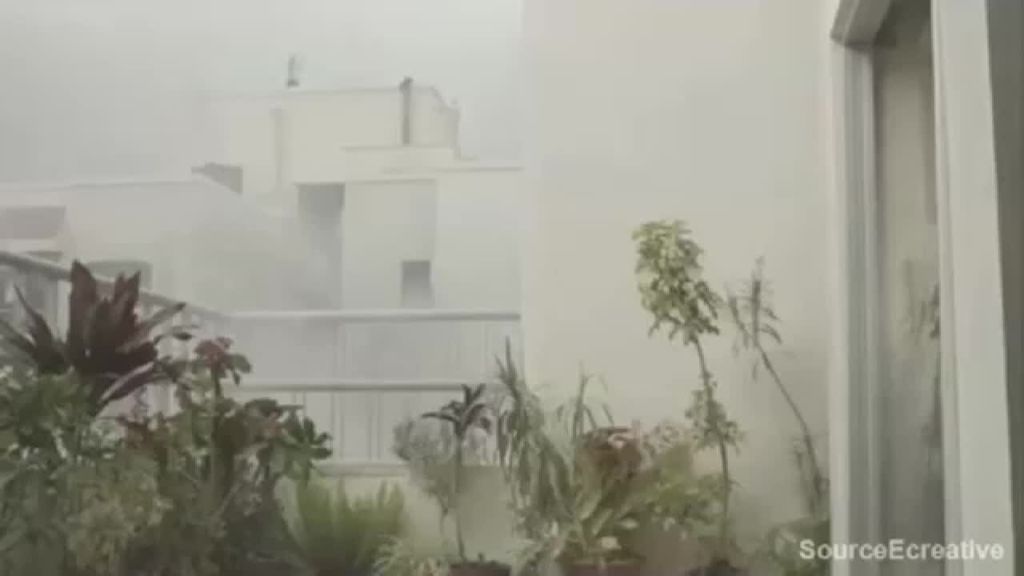 Rothwell invariably draws in the viewer with his cinematic eye; his use of beautifully photographed, naturalistic locations and superb casting gives his stories weight and instant believability. Take his Christmas Aldi ads over the past two years that put a brilliant spin on the Australian experience of Christmas. In the latest, Santa crash-lands in the Outback. Marooned and anxious, he finds redemption with a community of sheep shearers who lift his spirits with Aldi-supplied feasts – and fix the sleigh.

It may be that something's really funny on paper, and then you film it and it's like, ‘Oh. We actually need another layer here’.

It’s a sequel to his magnificent slow-burning epic Aldi ad for Christmas 2017 [below]: it’s the story of Doug, an Aussie who takes his Christmas Day tradition of playing cricket to ludicrous extremes. He is not out for 40 years - but finally, Doug realises it is time to give the bowler a helping hand. The set-up is engrossingly dramatic - Rothwell presents the story on the scale worthy of an Australian new wave movie of the 1980s - and the flip to comedy at the end is marvellous when it comes.

“My favourite thing is drama that's funny,” he confirms. “Or a story that has a funny twist on it. I think it's one of the hardest emotions to tap. When I'm having the most fun, it’s usually with something that has interesting idea behind it, and a good narrative.”

Not surprisingly, he cannot rely on waiting for the perfect script to arrive in his in-box, and he says that even with fully-formed great scripts, it is usually a mistake to think the job is going to be easy. “It may be that something's really funny on paper, and then you film it and it's like, ‘Oh. We actually need another layer here’.” 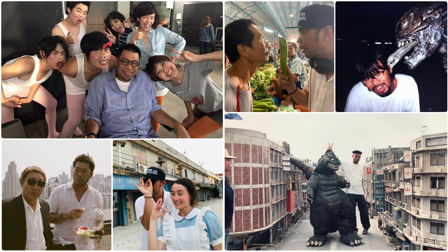 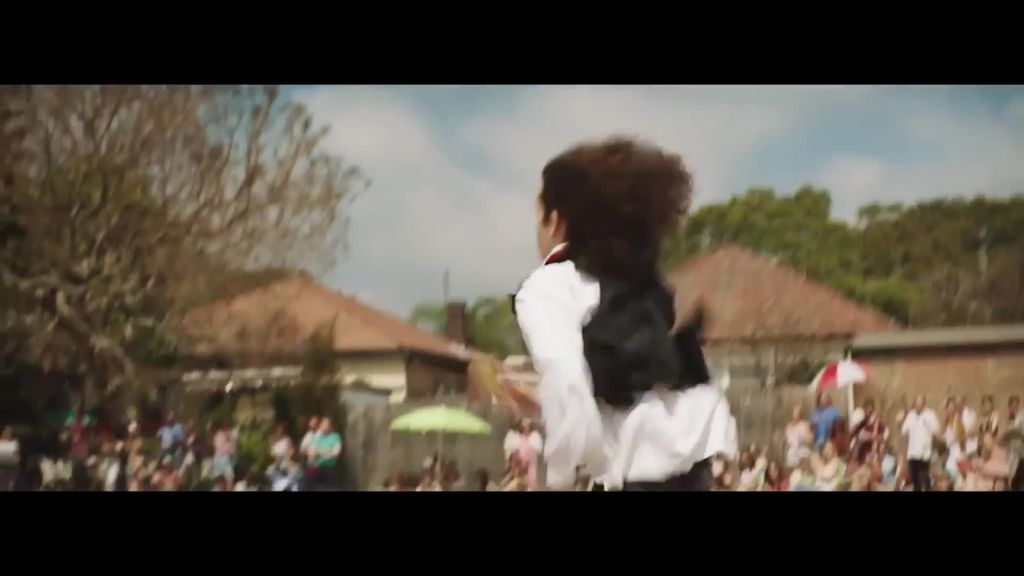 Now it is more common for creatives, assailed by market research and being told what they cannot do, to hand him the basics of an idea, and give him a free hand to develop it. “That’s kind of the most fun way of working, at the moment,” he says – and how the Aldi Christmas ads, produced through BMF Australia, were made.

“We were allowed to explore a way to do it that wasn't too structured, then everything becomes a joy,” he says. “You're shooting, and everyone knows it's coming together - even though no one's quite sure how it's going to work. Then when they see the edit, they're allowed to go: ‘Oh, wow. I wasn't expecting that'. With the cricket one, the idea's so simple, you can basically make it as incomprehensible as you want, but still people will follow it.”

It worked so well. I realised that was the reward for being idiosyncratic with your humour.

Rothwell’s career in comedy began back in his hometown of Wellington, New Zealand – originally as an actor, part of a burgeoning scene there which produced several filmmakers. Two years into taking a music degree in Australia he accepted a job at the New Zealand Film Commission, and “got to meet all the filmmakers of that era in New Zealand.” Then in the mid-90s he went to film school in London, becoming inspired by the creative ads and music videos being made at the time. He returned home to direct his first and, still, only feature, Stickmen [below] – a low-budget comedy about three young pool players’ adventures in a high-stakes competition run by a crime boss – winning a New Zealand film award. 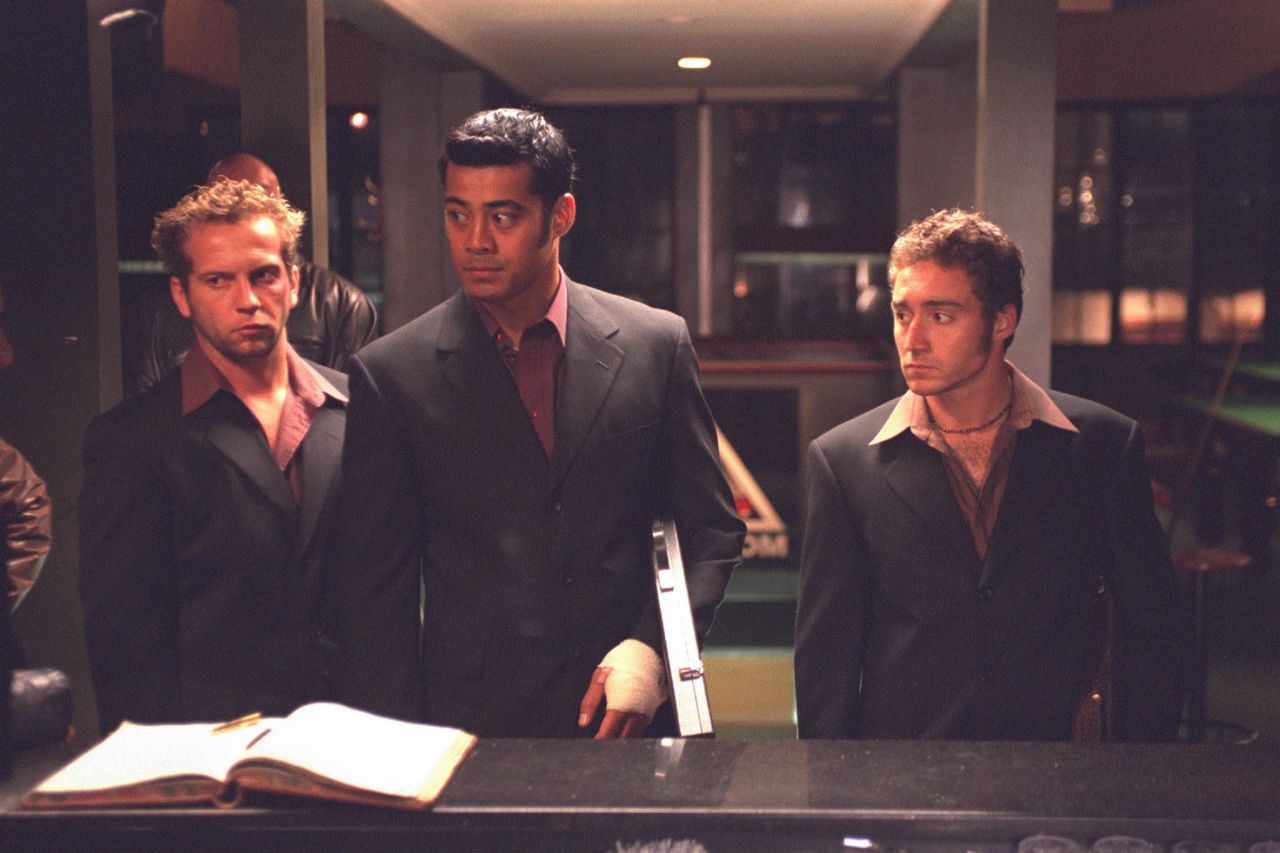 Above: A scene from Rothwell's 2001 feature, Stickmen.

But then he made an ad for G-Shock Watches: a one-shot, without dialogue or music, but simply footage of people attempting to break the watch and failing, proving its indestructability, that became an international hit. “It was a really simple idea, but the way we did it was like a real-life situation – a realistic one-shot film that becomes ridiculous. It worked so well. I realised that was the reward for being idiosyncratic with your humour.”

He has been doing it ever since, and even though his policy these days is “quality over quantity” in his projects, and he thinks that the pressure of delivering quality more quickly is greater than ever, he is still loving it.

There's a lot of interesting stuff happening in the commercial world, so I'm keeping all avenues open at the moment. 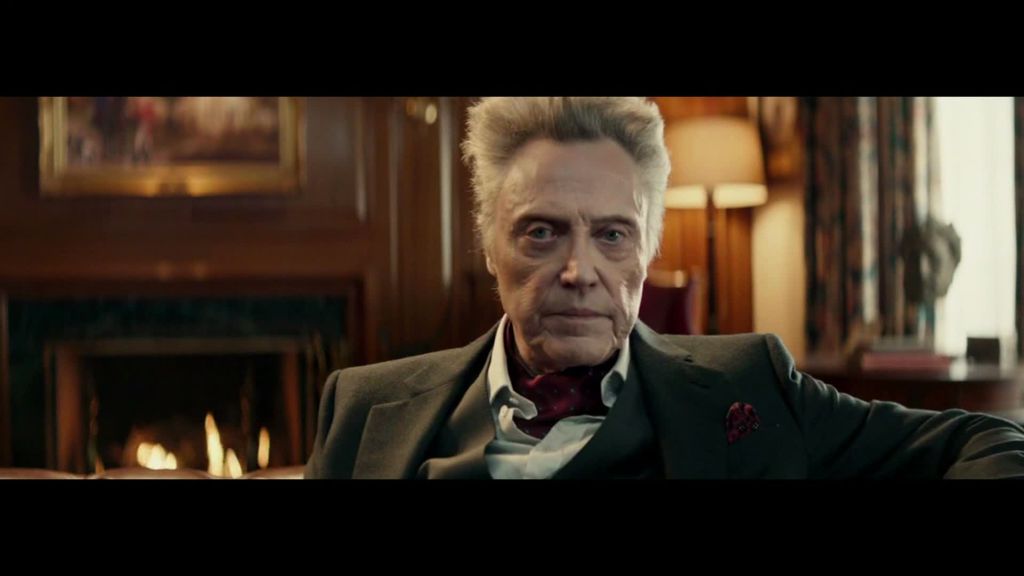 His most recent work is also a break from his norm – the quick-punch of scripted comedy. Having directed a celebrity-led ad for health drink Bai [above] - the deliberately incongruous pairing of Christopher Walken and Justin Timberlake – a couple of years ago, he has just worked with actor Ted Danson in an American campaign for Smirnoff, also featuring other celebs including Jonathan Van Ness from Queer Eye For A Straight Guy, in a series of micro spots.

“It’s a really interesting campaign about inclusion of LGBT communities, with Ted Danson in the middle of it,” he explains. “There's a lot of interesting stuff happening in the commercial world, so I'm keeping all avenues open at the moment.” As Hamish Rothwell can be relied upon to make us laugh and smile, that is very good news. 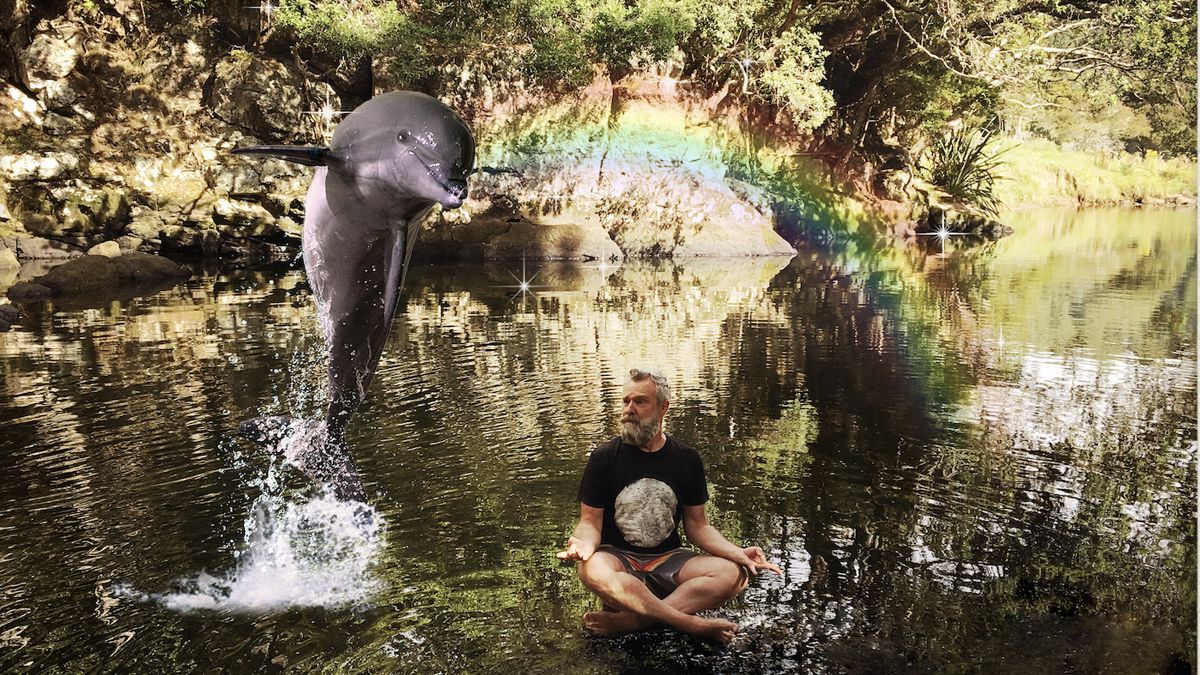