The Independent Films director explains the religious allegories and inspiration behind his powerful music video for Indochine.

by shots on 30th July 2018
This article was created before we re-designed shots – it may look a little strange or not have the same features as new articles. If you see something particularly wacky, please let us know on shots@extremereach.com
Share

Watching Bouha Kazmi's promo 'Indochine' for French rock band Indochine's latest single, Station 13, is a bit like taking a sledgehammer to the face while marvelling at a Renaissance masterpiece in a gallery.

Juxtaposing beautiful black-and-white cinematography and religious allegories with graphic, bloody violence and civil rights protest-inspired scenes, the video highlights the discrimination which lingers on in certain corners of society, through the story of a city where angels are persecuted as criminals, beaten bloody by police batons and brutally shorn of their wings in public denouncements, while disinterested crowds look on.

Below, Kazmi spoke to shots and Source about Renaissance art influences, shooting in monochrome and why he hopes the video will provide a moment of clarity in troubled socio-economic times.

How did you come up with the concept for the video? Were you given free rein by the band and how much were you guided by the lyrics?

The subject matter was something that I’ve been wanting to address and just didn’t have the right opportunity to do so. It’s not often that you get to make films for such hard-hitting topics. I always knew that I wanted to come at it from another angle, taking a more metaphorical approach. The band had approached me with an open brief, they expressed that they wanted to make a film rather than a music video, and that was as much input as they had in terms of guidance. I’d originally written them a 15 minute sci-fi concept that dealt with the same societal topics and themes. Both the band and the label were keen, but we eventually had to change course due to budget and scheduling issues. So I came back to them with this concept, and it felt right, it felt more compelling, more emotionally resonant and relatable.

I had some key images in my mind of angels being forcefully restrained by humans - scenes that depicted mankind’s ignorance and fear of things they didn’t understand, taking something transcendent and forcefully bringing it down to their level and devastating it. I had total freedom, and we were very much trusted to just get on with it – the label and band wished us luck before the shoot and no one on client side attended the shoot, they embraced not seeing anything at all until the edit stage, which was remarkably rare and pretty amazing. Nicola Sirkis (the singer) and I spoke about what the song meant to him; it was his response to seeing his musical peers and friends dying around him - amongst them David Bowie – and feeling as though he was the only person left in a world that no longer understood him, like ruins of memories and fallen loved ones.

My initial interpretation of the lyrics unearthed a scream of desperation and salvation for humanity. An inaudible cry for help. The feeling of racial and cultural isolation framed within a global and societal context. Considering the plight of groups of people banished from where they call home, stripped of their human dignity, treated like outcasts of society and excluded from any civilised form of existing. It’s a vicious cyclical story that resurfaces over different periods of mankind’s history - the characters and the regions may differ over time, but the story remains a constant. Adding symbolic magical realism to what was already something very empathetic helped to elevate the story into something more metaphorical, and strangely enough, perhaps even more digestible.

The video is packed with biblical and Renaissance art references, particularly the ‘fallen angels’, can you tell us a bit more about those?

I was particularly interested in allegorical paintings and symbolism that could be interpreted to expose moral meanings – especially ones relating to justice. I did a lot of research covering Renaissance paintings from the 16th and 17th centuries – amongst them works by Peter Paul Rubens, such as Massacre of the Innocents and The Fall of the Damned, along with others by Pieter Bruegel The Elder, and Caravaggio – and despite the huge jump in time to the present day, there were very obvious parallels between some of the theatrical representations from that period, and photographs from events relating to the civil rights movement of the 1960s, as well as those that have taken place over the last three years.

Although the religious paintings emphasize a sense of the dramatic and divine, there is also a distinct realism in them that grips your attention. On comparison, I could see similarities between the socially accepted savagery of these works of art, and the brutality observed in modern reportage photography. In both cases, there’s very evident desperation and struggle for survival, as well as a noticeable indifference on the spectators’ part, which further pushes the sense of realism.

Why did you decide to shoot in monochrome?

I felt that the film needed a singular statement as its visual language. Working with black and white allowed us to strip back the visual complexity for the viewer in order to fully plug into the resonance of the scenes. Once you take out hues and force the viewer to latch onto a focal point, it somehow helps to lay bare the shock and surprise of the action. Monochrome helped to draw out a more emotional response and allowed us to express these scenes in a much more visceral way. There’s also something more raw and aggressive about not seeing the colour of blood during an act of violence.

On a more practical level, it helped free us up to focus on everyone’s performances; although there was a lot of planning that went into choosing costumes and props that had the right tone of colour and level of contrast when seen in black and white, all of our locations were public settings, and there were much larger elements within these and the deep background that we had no control over. There was a powerful contrast that felt right between the music and the visual as far as the graceful pace and movement of the camera, coupled with the harsh actions of the characters. The slow-motion helped exaggerate fractions of moments and emotion.

Some of the scenes are graphically, shockingly violent – how important was it to you to show that explicitly?

For me it wasn’t about fetishising or romanticising violence; on the contrary, it was about laying bare the brutality and realism of such acts. So often are stories of aggravated violence discussed on the news, but rarely do they have any impact on the average reader or viewer because they have become so desensitised to them and the realities of what genuinely takes place in these situation. Being witness to actions that forever impact individuals’ lives sears the mind. It’s much more harrowing a memory, which in turn forces the viewer to take the topic more seriously – we needed to express that feeling as viscerally as possible, as aggressively as the act of violence. The shock of these visuals should hit you in the gut, provoke you to look around and take notice, if not action. Ensuring that we shot all of these moments in-camera further enhanced the reality and truth of the situations. We needed to see it, and feel it.

What was the most challenging aspect of the production process?

Casting was by far the trickiest element of the shoot. Working with non-actors on a shoestring casting budget meant that we had to constantly cast and re-cast everyday across all our scenes, throughout the pre-production process and right up until the night before the shoot. Over a period of a week, producer Sarah Tognazzi and I would wake up every morning with at least ten drop-outs without fail, and back to the drawing board we went. There were even complications on the morning of the shoot; one of the principals had broken their arm the night before and couldn’t make it, other individuals simply hadn’t bothered showing up. So I asked the second AD and some of the breakfast staff to step in and take on the roles for our first scene of the day and, thankfully, they were great.

Time was another big challenge. It was winter in South Africa, the days were extremely short, the entire video is supposed to be set outdoors in harsh natural light, and we had an incredible amount to cover in such a short amount of time. I recall endless conversations and iterations of the schedule to accommodate each location, each unpredictable weather eventuality; it was all a pressured race against time.

Given the current socio-political climate, how do you think people are going to react to the video?

The video speaks of contemporary human truths that transform into biting social commentary. It shines a light on a historically cyclical epidemic that impacts all walks of life, regardless of class and affiliation. People are dying. Families are being torn apart. These are subjects that are universally relatable across generations and should be dear to those who care about the future of justice, dignity and equality. I can’t speak for anyone out there, but as public transgressions and confrontations of civil liberties slowly become part of the fabric of modern day society, there needs to be a moment of clarity. I hope the video taps into an emotional nerve, and serves as a point of discussion to those who take the time to watch it. 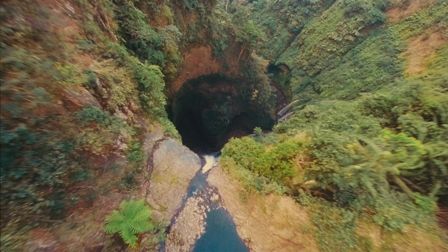 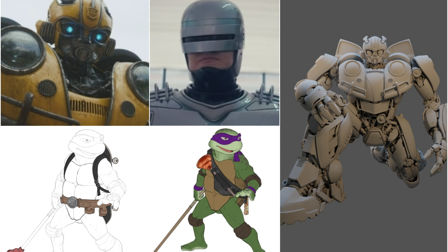 A trio of new spots for Direct Line, starring pop culture icons RoboCop, Bumblebee and Donatello, aired recently. We speak to three key members of the team that brought these heroes to life for this high-concept campaign. 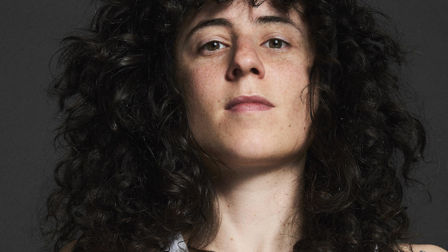 Jess Kohl: The Prettybird breakthrough capturing the fringes of society

With her latest music video and a brand-new spot for Nike providing a hefty industry one-two punch, we speak to the filmmaker and photographer about what documenting marginalised communities has brought to her subsequent work.

We talk to Florence Bellisson, Creative Director at BETC Etoile Rouge about how Sephora has decided to celebrate beauty with its latest campaign and new brand positioning. 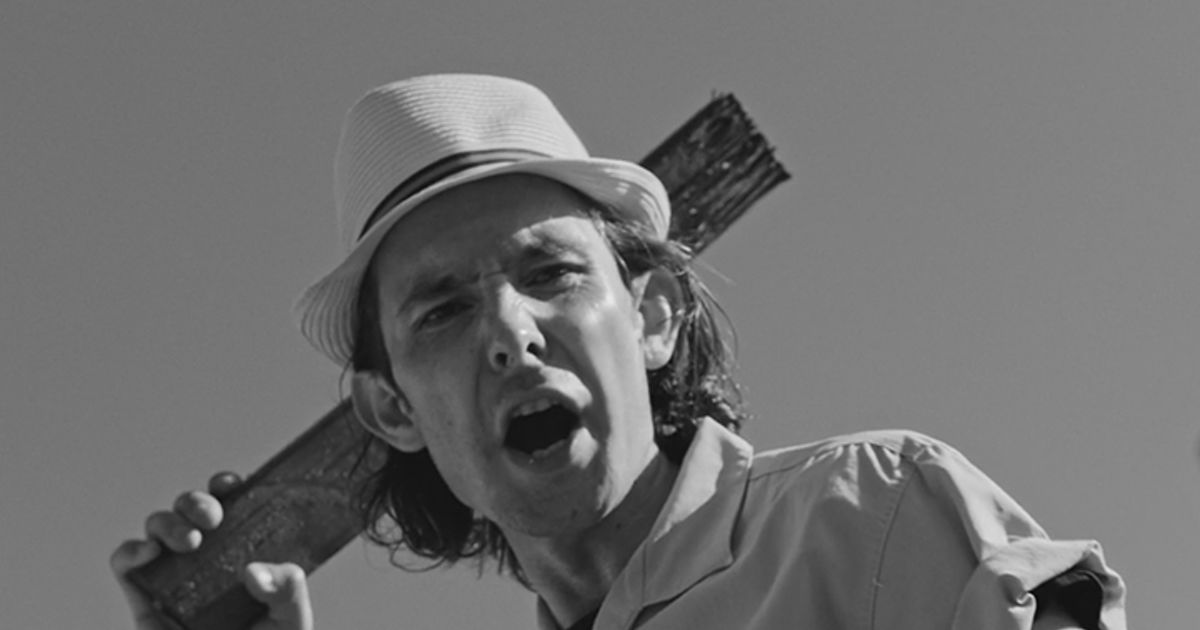 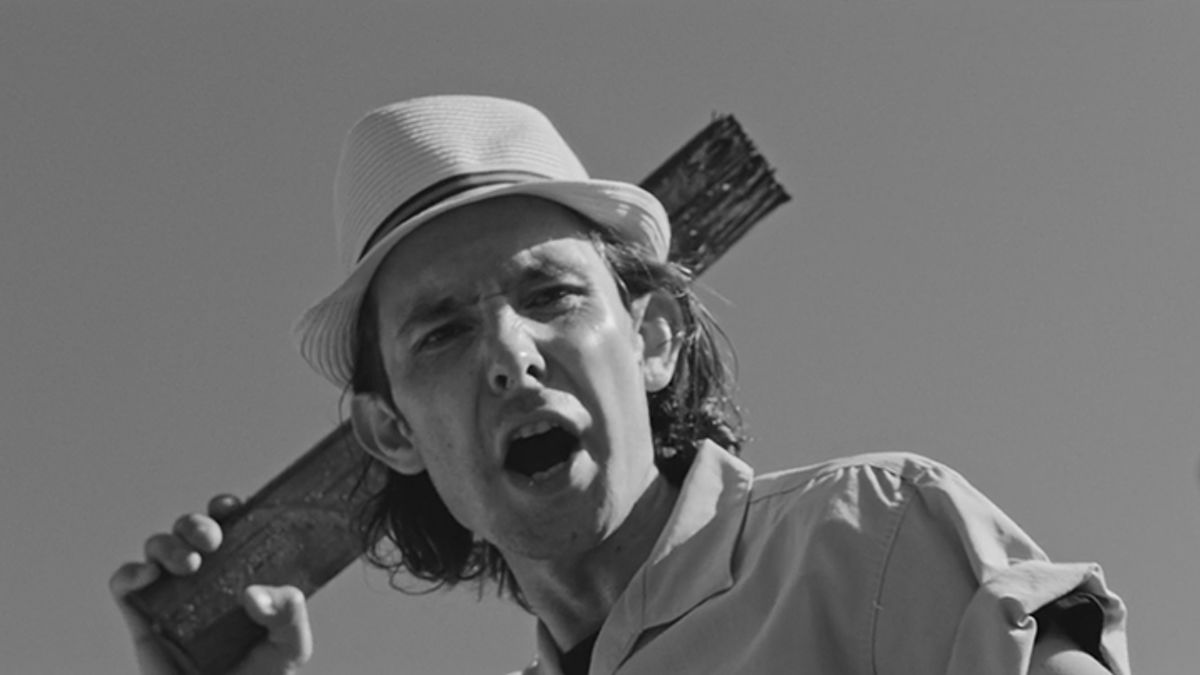