by shots on 14th October 2016
This article was created before we re-designed shots – it may look a little strange or not have the same features as new articles. If you see something particularly wacky, please let us know on shots@extremereach.com
Share
Nickelodeon celebrates every kids’ favorite holiday in the Ultimate Halloween Haunted House special airing Sunday, Oct. 16, at 8:00 p.m. (ET/PT), hosted by Rico Rodriguez.  Produced by Nickelodeon and Stun Creative, viewers will accompany their favorite Nick stars from Henry Danger, Game Shakers and The Legendary Dudas, along with JoJo Siwa and the WWE’s The Miz, as they embark on a terrifyingly-fun scavenger hunt through a classic haunted house, collecting the five keys they need to make their ultimate escape. Click here for a sneak peek.
Nickelodeon stars Jace Norman and Riele Downs from Henry Danger, Cree Cicchino, Madisyn Shipman, Thomas Kuc, and Benjamin Flores, Jr. from Game Shakers, and The Legendary Dudas' Theodore Barnes and DeVion Harris literally have no idea what to expect when they are invited to walk through a haunted house.  Upon entry, each group is greeted by an ominous voice that provides the necessary instruction for their journey.  From there, the scares ensue as the kids slowly make their way through five Halloween-themed rooms in search of the five keys that they will need to collect in order to escape. Each haunted room, fully outfitted with multiple scares and surprises, are also rigged with hidden cameras that capture every jolt, scream and jump of their experience.
At master control, host Rico Rodriguez calls all of the shots and the scares, while also narrating the experience with real time commentary of all the action. Nickelodeon’s Ultimate Halloween Haunted House brings the fear, the fright, and the fun of Halloween to families everywhere.
Share
read more from
the News
Swipe 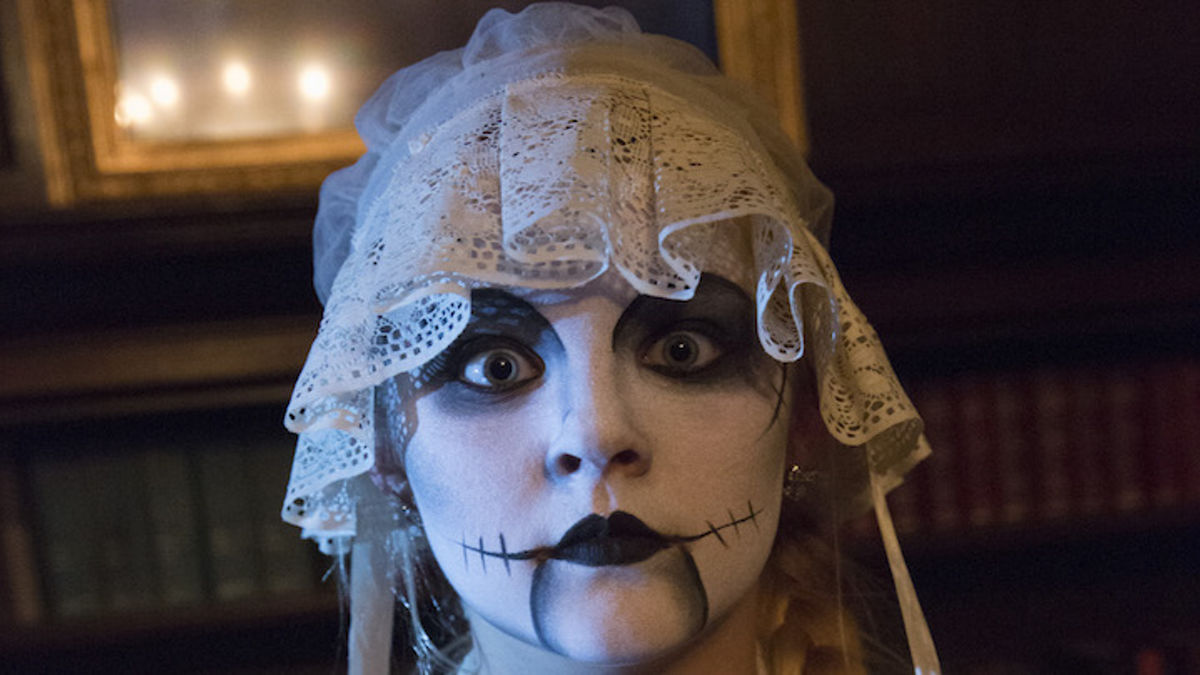