How Pam Savage and Sick Beats hit the right note

To bring home 11 awards from Cannes, for one campaign, is something of a pinnacle achievement, one to decorate a prominent shelf or two. To win two Grand Prix for that one campaign is something else again.

The value, importance and potential in this project, and the attention on it, helps us as we continue to develop it.

But, for Pam Savage, SVP and Creative Director at Area 23, an IPG Health company, the biggest reward will come when Sick Beats, the innovative campaign-cum-life-changing product that won not only the rarely-awarded Pharma Grand Prix but the Radio & Audio Grand Prix too, is approved by the Food and Drug Administration in the US, is manufactured with haptic technology pioneers Woojer, and begins to change the lives of the tens of thousands who must live and cope with cystic fibrosis. 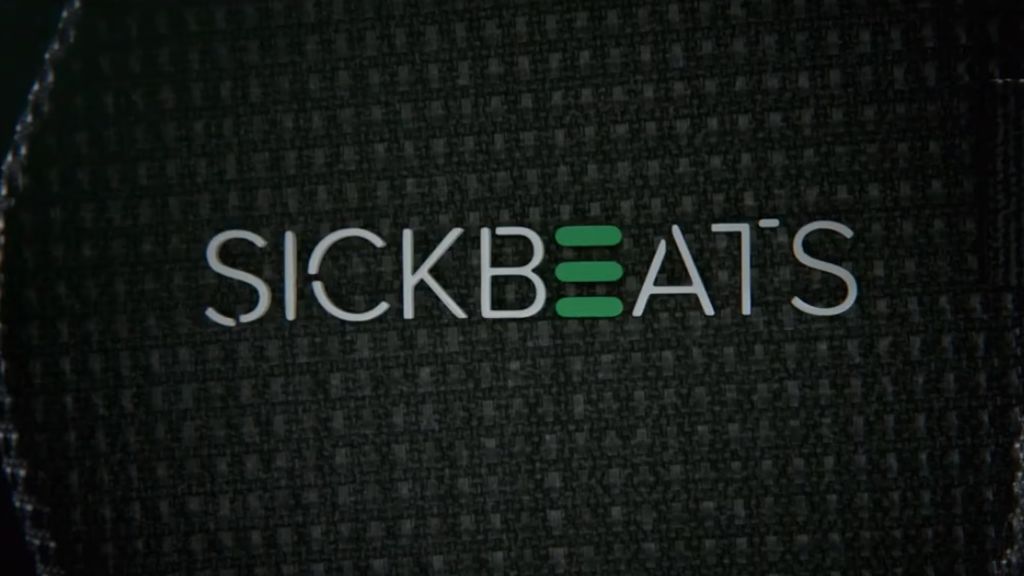 Above: A video explaining what Sick Beats is and how the technology works.

“To win the Pharma and the Radio & Audio Grand Prix was a huge surprise and wonderful honour,” says Savage. “It’s wonderful to be recognised by our peers. The value, importance and potential in this project, and the attention on it, helps us as we continue to develop it. It keeps people excited and brings new people into the process with us.”

The story of Sick Beats as a real-world project goes back 2018 but, for Savage, it’s something that has roots in her training and work as a scientist. “When I was looking at graduate schools, I actually thought that I was going to work on cystic fibrosis,” she says. “I wanted to find a cure for it. I ultimately didn’t end up doing that, but it’s always been something interesting and important to me.”

She graduated from the University of Massachusetts Medical School with a PhD in biomedical sciences. “I focused mainly on infectious diseases,” she says – an area she still focuses on in advertising. “And, as it turned out, I was an adequate scientist, but I much preferred talking about science and thinking about science rather than actually doing it.

Area 23 has given me the opportunity to apply the science and also the humanity and emotion that I like to bring to any work I have in front of me.

She describes a career arcing through intellectual property law and medical writing before entering advertising 13 years ago. “[It] really was a wonderful combination of what I loved about science and medicine, and what I loved about talking and telling people about how cool things were in the science and health space. And Area 23 has given me the opportunity to apply the science and also the humanity and emotion that I like to bring to any work I have in front of me.” A discussion on the meaning behind the name, Area 23 (relating, it turns out, to the fact that “we were born out of FCB DNA and have 23 pairs of chromosomes") leads to the question of what drives innovation at the agency. “We have a process called What If” says Savage, “giving every employee a dedicated time for blue-sky thinking.

[It] was discovered by someone with cystic fibrosis who went to a concert, stood too close to a speaker and noticed the effect in their lungs.

As a team, we were talking about cystic fibrosis, and I recalled a news segment of a young man wearing this big, mechanical vest that was pounding away on his chest [to dislodge the build-up of mucus in the lungs], and he looked so miserable. And we said, at the very least someone should create a vest that syncs to your playlist, so the experience is a bit more enjoyable. So, we pitched it at a What If throwdown. It didn’t win but there was so much interest we incubated the idea, and started doing research.”

This was back in 2018, and their research uncovered the fact that 40Hz frequencies were able to break up the mucus that cystic fibrosis creates as effectively as the mechanical percussion of the vests. “This was discovered by someone with cystic fibrosis who went to a concert, stood too close to a speaker and noticed the effect in their lungs,” says Savage. “So, then we started looking at music that had enough of the 40Hz to be therapeutic.” They partnered with a tech company to build a prototype, a clinical trial was set up and fully enrolled, and then Covid hit. “Everything stopped. The tech company pivoted their business interests to something else, the trial was shelved – and that is when Woojer came in to play.”

Above: Savage cites Imagine Dragons' Thunder as a perfect song, with a 40Hz frequency, that helps dislodge mucus from the lungs of those with cystic fibrosis.

Woojer, along with Claire’s Place Foundation, a cystic fibrosis support charity, are the long-term partners in the Sick Beats story. The company makes haptic vests, for gamers and music lovers, “for people who love music to feel the bass in their chest,” says Savage, “or for gamers who want that sensory feedback.”

Having swept the awards at Cannes, the next step, says Savage, “is getting the vest into a clinical trial so all this attention helps people see the project".

Woojer was able to retune the processor in the haptic vest to deliver 40Hz frequencies without distorting the song being listening to. “So, we’re getting as much 40Hz into the chest as we need, without disrupting the musical experience,” says Savage, who cites hip-hop, EDM, and bands like Imagine Dragons, and their song Thunder as prime cuts of music that do the job of clearing mucus to an addictive beats of 40Hx bangerz.

Now, having swept the awards at Cannes, the next step, says Savage, “is getting the vest into a clinical trial so all this attention helps people see the project. Pulminologists will find out about it, and hopefully trial it in their clinics, and help us to get FDA approved, which is our ultimate goal because we’re dedicated to making this vest a reality for kids to use.” Which means Area 23 is embedded as much in the development and production of Sick Beats as its promotion.

We’re dedicated to making this vest a reality for kids to use.

“At Area 23, we’ve had this trend of technology and innovation helping to better humanity,” she says, pointing to earlier achievements, such as the pioneering See Sound, a smart-home hearing system drawing from a vast library of sound samples to visually alert the deaf and hard of hearing when a sound occurs in their living space. “It took advantage of an insight from an art director whose husband is deaf,” says Savage, “They worked late nights and on the side to get the project to life, and then partnered with Wavio [specialists in sound recognition technology]. Before then, it was something that didn’t exist in the world. And it also won a Grand Prix in Innovation at Cannes.”

Get Up Alarm Clock Above: Area 23's Get Up Alarm Clock, which uses social media feeds to help motivate those with terminal cancer.

Another Area 23 project fusing tech with emotional insight is the Get Up Alarm Clock, designed for people with terminal cancer who need encouragement to get up and out of bed to face another day. “We created an alarm clock that syncs to your social media profile, where your family friends and loved ones can leave you messages or silly things that projects onto your ceiling to help you find that motivation to get up.”

It’s not tech for the sake of being cool, but something that really solves a problem.

While other tech innovations outside the medical space – the likes of VR and XR – tend towards the cool, the entertaining and the all-consuming, the technology Area 23 explores has a different DNA. “It’s not tech for the sake of being cool, but something that really solves a problem,” says Savage. “It’s tech that understands the challenge the audience faces, and does something different and meaningful, which makes these projects stand apart.”

Whether it’s adapting haptic vests for cystic fibrosis, creating enabling, interactive tech for the deaf, or for people facing terminal illnesses, Area 23’s work shows how intuition and creativity in tech can give rise to innovations and insights that can literally be life-changing.

“Listening to and observing your audiences’ reaction to the work, that was most eye-opening for me,” says Savage of the Sick Beats project. “Watching these kids try the vest and play around with it. This little girl, Viv, said she fought her mum everyday to use the [standard] vest, because she hated it. And to watch her react to the Sick Beats vest, we could see we were onto something here, that we were doing the right thing.

There are so many thing we could do using technology. We have to foster that spirit in our clients to believe it is possible.

“There are so many thing we could do using technology,” she continues. “We have to foster that spirit in our clients to believe it is possible. Sick Beats being recognised in this manner is so important because it inspires other clients to think, I can think about this problem differently, and take a risk.”