Feeling depressed? Have a bagel (and other weak attempts at creating company culture)

Free snacks and unlimited coffee does not a happy organisation make. Having seen first hand the toxic nature of some companies' so-called culture, and the debilitating effects of shameful contracts, Amy Kean states that the industry needs to be far more accountable for the mental well-being of its employees.

I don’t want to get sued, so this column might be tricky. Because I have a friend... well, a friend of a friend. I see this friend at birthdays and big gatherings. We don’t speak all the time, but I trust this friend, and believe them.

Recently, this friend told me about a creative organisation they worked at, owned by a relatively well known personality who’s spoken openly in the past about struggles with mental health. I suppose you could say this personality was a poster-person for mental health.

So fearful were the staff of emotions and demons, of having a breakdown, that some had a breakdown.

So far, so unremarkable. But there’s more.

Written into the contract of every employee of this creative organisation was a punchy clause forbidding mental illness. It stated: if you sign this contract, and at any stage develop an issue with your brain, we can (and probably will) fire you. The job was too important and projects too fast-paced for the psychologically feeble. The impact of this clause was inevitable. It stressed people out. So fearful were the staff of emotions and demons, of having a breakdown, that some had a breakdown. It was akin to the most unethical and unsurprising of social experiments. I’d love to name and shame this relatively well known personality and their awful legal documents, but I’d get sued.

I am an accidental expert in toxic company cultures. Which is why my friend’s very real, very terrible story rang true.

I consider myself expert in a fistful of things: Creative technology. Poetry. My specialist subject on Mastermind would be Beyonce. At pub quizzes I’m best at the history questions, despite my general knowledge being piss-poor. And I am also an accidental expert in toxic company cultures. Which is why my friend’s very real, very terrible story rang true.

I read the reviews of my friend’s organisation. They were bad.

This tale of cultural toxicity tipped me down a Glassdoor rabbit hole. You know Glassdoor? The site that allows current and former employees to post anonymous reviews of companies and CEOs. It’s gold. I read the reviews of my friend’s organisation. They were bad. And then, in need of light relief, I looked up reviews of a former employer of mine. I won’t name them, because I might get sued. Their score was low, sitting at around 2.7 out of five. And the ‘cons’ were… honest:

“The leadership of this organisation is shocking: out of touch, white, male, and rude.”

“Incredibly negative work atmosphere, lots of gossip and throwing people under the bus.”

“My time here gave me anxiety and depression which I haven't seen in more than 10 years and its continued after i left. i am burnt out. the work itself is not really stressful, but the nature of the company is aggressive, belittling, thankless and worst of all directionless, which makes it filled with anxiety.”

And those were just the reviews I’d written! I’m joking. I didn’t write any reviews. Sorry, I get awkward and make jokes when I’m dealing with sensitive topics. It’s a nervous knee-jerk reaction to hearing an agency has ruined someone’s life to such an extent they may never recover. 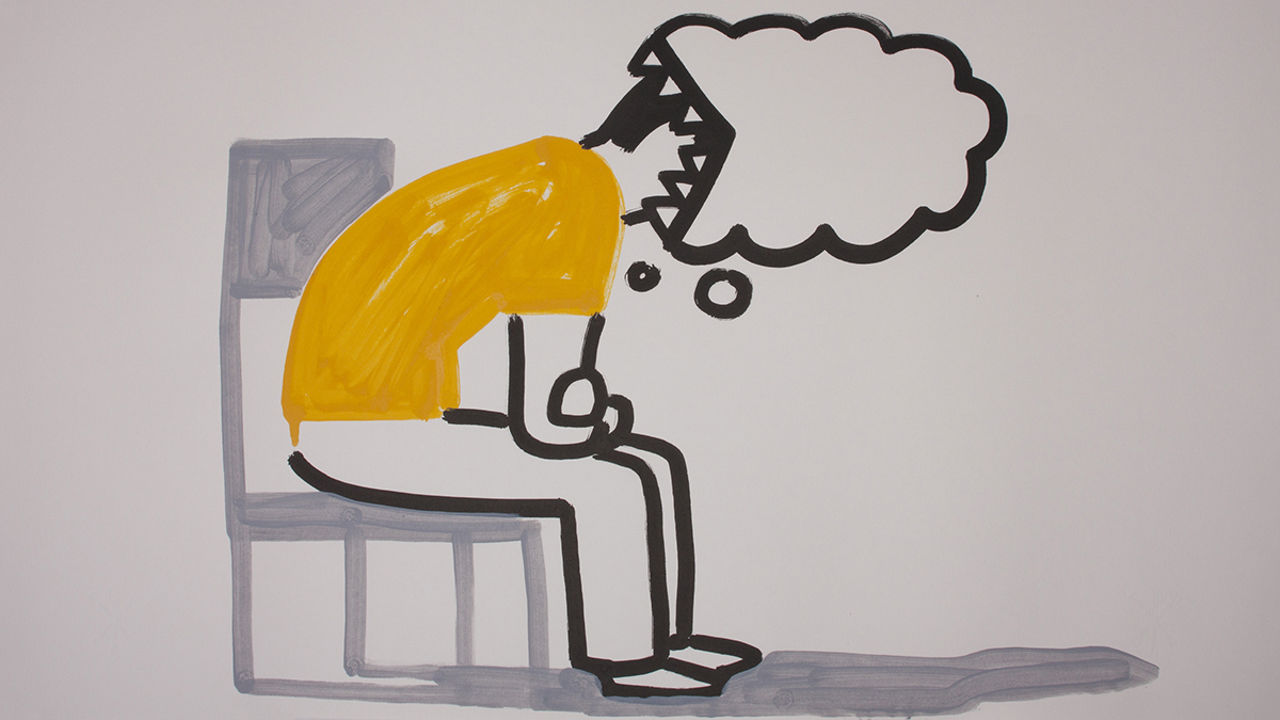 Yet, despite the long, long, list of company flaws, there were also some positives. Well, one positive: free snacks and drinks in the kitchens.

According to the HR consultancy Paychex who researched the 15 most stressful occupations in the world, advertising and marketing is the worst. That’s right, advertising and marketing is more stressful than science, teaching or construction. It’s more stressful than performing surgery on dying people. And the saddest thing? This stress has little to do with the nature of the work or the scale of the task. It’s the people.

I’ve worked in advertising since forever. I’ve seen bullying. I’ve seen stress. I’ve seen sexual harassment and women pushed out of organisations because they didn’t quite click with the big male boss. I’ve seen fear. Putrid, smothering fear that spreads out across organisations like the dankest slime. I’ve seen paranoia that transforms a relatively sane human into a leg-shaking, self-doubting mess. And that’s just my appraisals! (Apologies. I did it again. I am obviously joking. That was an inappropriate quip; the kind I make when I reflect despairingly upon innocent people’s self-esteem being battered beyond all recognition).

I’ve seen insecure men play games and women screw over other women so viciously I felt like an audience member in a pantomime. And you know what I’ve also seen? Very many useless mental health initiatives. Free snacks and drinks in the kitchen. Yoga. Bagels. Reiki. Vacuous tools and tricks to fix, dilute, yet never prevent.

Recently, it was Mental Health Awareness Week. It’s like Christmas, isn’t it, coming around so fast each year, whipping people up with their hashtags and podcasts and top tips? This year I watched it closely. I even asked questions in the socials* to see if I was alone in doubting the intentions of some mental health programmes.

Bagels do not a good culture make. In fact, some large agencies don’t even understand what culture is.

I’ll cut to the headline: it appears to be universally accepted that big wellbeing initiatives run by lots of companies in our industry are shallow. Bagels do not a good culture make. In fact, some large agencies don’t even understand what culture is. They think it’s something you write on a PowerPoint slide, which will then magically occur. Like the opposite of a Dementor in Harry Potter… one magical strapline and proposition somehow blowing souls into hundreds of overworked 20- and 30-somethings (because all the 40- and 50-somethings wear invisibility cloaks).

They think [culture's] something you write on a PowerPoint slide, which will then magically occur.

Not every company stays at the surface. I like what Thames Water did. As part of their ongoing staff wellbeing programme they developed virtual reality training, including a VR film which placed the user (via headset) in the position of someone suffering from severe depression, encouraging them to think about how they might have behaved in the same situations, and to spot the warning signs in others. I feel like that probably made a difference. Above: Thames Water created a VR initiative which put staff in the position of a someone suffering from depression, encouraging them to think about how to spot the signs of depression in others.

And maybe cultural guardians really do think they’re doing the right thing with pool tables and crisps, but we need to talk about why it’s not enough. The mental health masquerade is dangerous. Narrating a fake, mentally-conscious culture can cause serious damage, because when you pretend your culture is fine, your employees start to believe you. Which means that anyone struggling is likely to also believe there’s something wrong with them, not the culture. And the impact of that… well, I don’t need to tell you how devastating that can be. People suffer in silence, and I’ve seen that end very badly.

If you want to give staff bagels, give them bagels. Stuff the bagels in their stupid zombie mouths for all I care. But don’t pretend you're saving their lives.

When it comes to mental health, the distance between what many organisations in our industry say and the reality of how they behave is vast, as usual. It’s not just mental health. According to the latest IPA data, despite a wealth of diversity and inclusion initiatives, events and magazine reporting, the amount of BAME employees in adland is going down, and the gender pay gap is widening. It’s becoming alarmingly evident that hardly anyone means or does what they say. Are we OK with that?

According to the latest IPA data... the amount of BAME employees in adland is going down, and the gender pay gap is widening.

Look, I’m not going to hold a gun to your head and tell you to be nice. But why lie? When you fake a positive culture, you create an illusion of progress being made, which hinders real change, the good kind, the kind that really helps people. If you want to give staff bagels, give them bagels. Stuff the bagels in their stupid zombie mouths for all I care, but don’t pretend you're saving their lives, because that’s not true. Like I said, I don’t want to be sued, but if someone can think of a way we might begin to acknowledge, or even expose, these fake toxic cultures, then let’s do it. People are worth more than a paragraph on a press release. 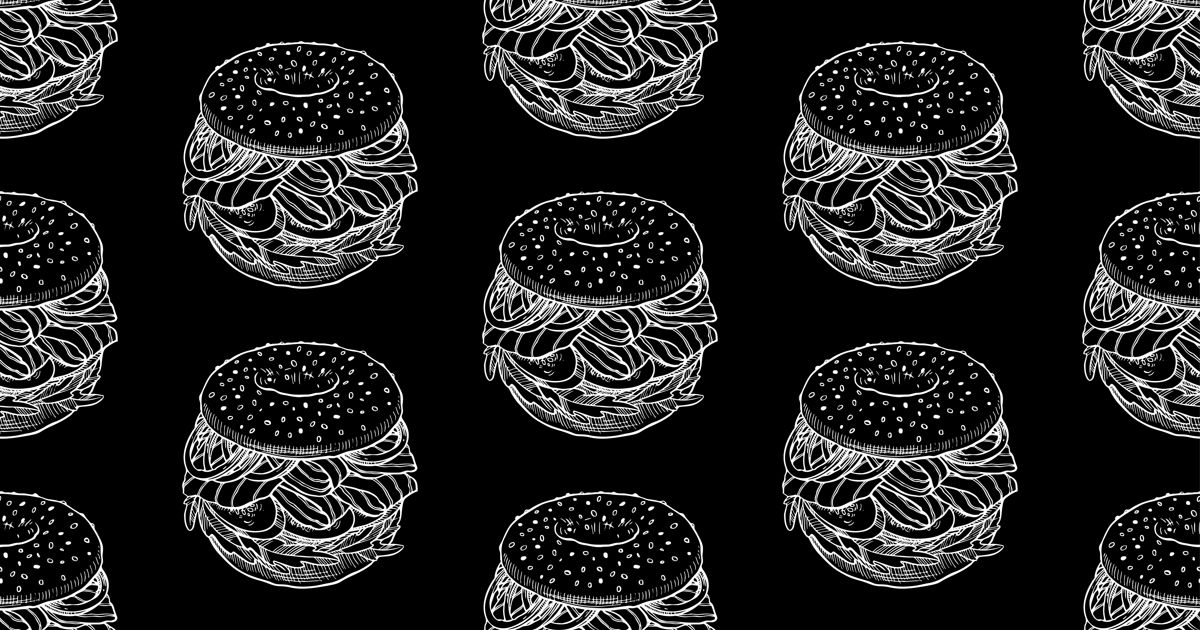